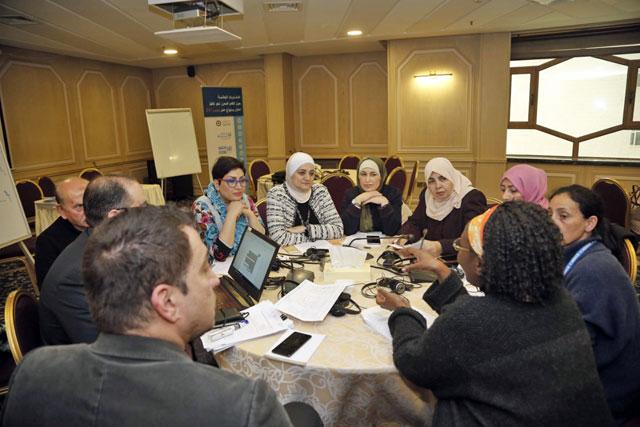 AMMAN — The Jordanian National Commission for Women (JNCW), headed by HRH Princess Basma, in cooperation with the UN Economic and Social Commission for West Asia (ESCWA) organised consultation meetings on the progress of implementing the Beijing Platform for Action — Beijing+25.

More than 150 representatives of government agencies, military and security bodies and civil society organisations participated in the two-day event which aimed at launching the national efforts to prepare the Beijing+25 National Review on progress made towards the implementation of the Beijing Platform for Action, a JNCW statement said.

More similar meetings will be held with lawmakers and representatives of political parties and professional associations, according to the statement.

This report will be based on consolidated inputs by national partners, non-governmental actors, UN informants, women and youth organisations, the private sector, academia and others, the statement said.

The year2020  will mark the 25th anniversary of the Fourth World Conference on Women and adoption of the Beijing Declaration and Platform for Action which was adopted by 189 governments. The declaration was a comprehensive roadmap for gender equality, the empowerment of women and the human rights of women and girls.

UN member states are called upon to undertake comprehensive national-level reviews of the progress made and challenges encountered in the implementation of the Beijing Declaration and Platform for Action. The reviews should include an assessment of current challenges that affect the implementation of the Platform for Action and the achievement of gender equality and the empowerment of women and its contribution towards the full realisation of the 2030 Agenda for Sustainable Development through a gender perspective.

The JNCW said it had led the efforts in preparing the national reports on the progress made towards implementing the declaration of the 1995 UN Conference on Women in China — the follow-up reports of Beijing+5 in 2000, Beijing+10 in 2005, Beijing+15 in 2010, and Beijing+20 in 2015.