Activists look back on ‘not very fulfilling’ 2018 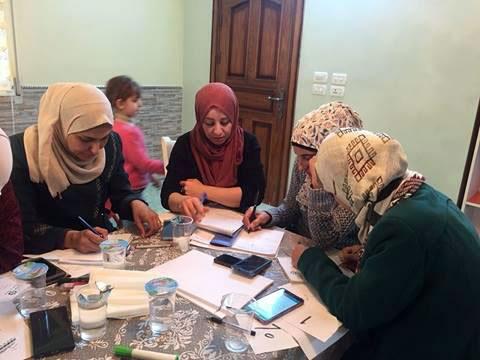 AMMAN — Women’s rights activists said 2018 witnessed little in the way of achievements when it came to laws and legislation, but their major win was in uniting civil society and legislators in demanding rights and lobbying officials.

“This year was not very fulfilling in terms of achieving the amendments to some of the discriminatory laws we were calling for, but what was important for us was the collective effort and the unity among various women and civil organisations,” said the Jordanian National Commission for Women’s Secretary General Salma Nims.

“This unity and collective effort will be our path to achieve more gains for women in the near future,” Nims told The Jordan Times in a recent interview.

Arab Women Organisation Programme Director Laila Naffa agreed with Nims, stating that “it was clear this year that there was a larger role for the civil society and women's organisations in general, because they showed more solidarity when lobbying and drafting strategies”.

“The lobbying and unity by the civil society were very important, because we felt that the government officials and legislators were more open to our demands and, in some instances, acted accordingly,” Naffa told The Jordan Times.

Nims highlighted some of the approved amendments that bolstered women’s rights, such as recent amendments to the Social Security Corporation Law that allowed women of deceased husbands to continue to receive their pension, even if they get remarried.

Another economic win for women this year, according to Nims, was the issuance of instructions that obligated education institutions in Jordan to transfer the salary of their female employers directly to the bank, “since, in the past, many female educators complained of not being paid on a regular basis, nor were they receiving their full salaries on some occasions”.

Another major achievement, according to the Sisterhood is Global Institute’s Executive Director Asma Khader and other women activists, was opening the safe house, “Amneh House” (“safe” in Arabic), also called the “Guest and Rehabilitation House for Women” whose lives are threatened for reasons related family honour.

“This was a major achievement for women who are subjected to family abuse for reasons related to family honour,” Khader told The Jordan Times.

But, Nims admitted that the pace of “how things are changing for the better for women in Jordan is very slow, and sometimes I feel that we are going in circles.”

“There are [still] major demands, such as making amendments to the Constitution that include laws on equality and elimination of discrimination,” Nims stressed.

Khader added that the government needs to show serious commitment towards gender equality, such as adding the word “Gender” to Article 6 of the Constitution to ensure full equality for women.

Article 6 of the Jordanian Constitution stipulates that Jordanians are equal before the law, regardless of their ethnicity, language or religion.

Women groups have for years attempted to push the government to insert the word “gender” in the provision, but their demands were rejected by the government.

Meanwhile, Khader and Nims said they were hopeful for the passage of the recent amendments adopted by the Senate related to the draft Personal Status Law (PSL) that increased the age of marriage for women in exceptional cases to 16.

The Legal Committee also amended an article related to the “mandated will” or “wasiya wajiba” by giving inheritance rights grandchildren born to female children as well as male children, a right that was only applied to male grandchildren.

Nims and Khader agreed that these are important steps, which they are hoping will pass when the Lower House of Parliament debates them.

The 2010 temporary PSL law allowed marriage exceptions for minors who had completed the age of 15, while the amended version endorsed by the MPs earlier this week allows those who have “turned 16” to tie the knot. A change in terminology means that, in reality, turning 16 means that the law can be applied only one day after the completion of age 15, critics have said.

The legal age of marriage in Jordan is 18 for men and women, but the law allowed for several exceptions for girls aged 15 and above, if a judge deemed it beneficial for them.

Naffa added that she hoped other articles either amended or added to the draft labour law and expected to be discussed soon would also “pass during the Lower House’s debate”.

“There were articles that were amended by the Lower House’s Labour Committee that focused on pay equity, establishing daycares at large entities and the right for children of Jordanian women married to non-Jordanians to work without having to obtain a work permit,” Naffa explained.

If these laws pass, Naffa continued, it “will be an important achievement for women and is a clear indication that the government and legislators are becoming more aware of the need to secure better rights for women in order to empower them and empower the society”.

Meanwhile, Jerash MP Wafa Bani Mustafa, who fought hard and lobbied her colleagues to ensure that many of the draft laws that were in favour of women passed in the Lower House of Parliament, said she will also fight and build a coalition in hopes of passing the draft laws.

“I think the most important positive sign this year for women was that the temporary Labour and Personal Status Laws were taken out of the drawers after eight years of our demands, and the discussion was very important.” Bani Mustafa told The Jordan Times. “I will never give up and will lobby as many MPs as possible to ensure that these amendments will pass.”