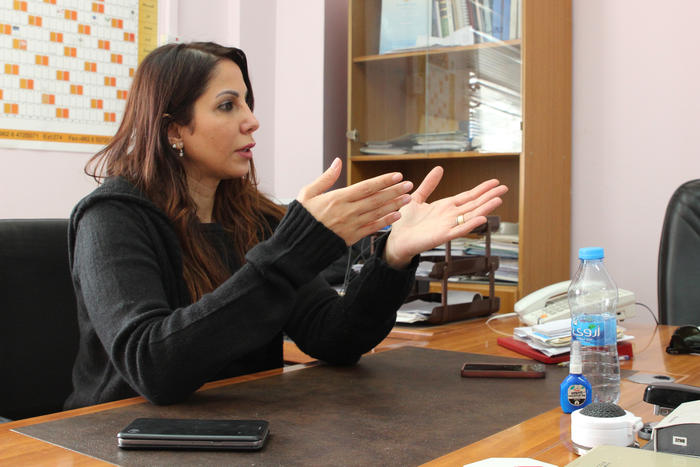 AMMAN — Almost 15 years after becoming the first female pathologist in Jordan, Isra Tawalbeh was appointed as the first woman to run a government hospital in the Kingdom.

Tawalbeh, 43, was appointed by the minister of health as the general director of Prince Faisal Hospital in Yajouz on Sunday.

She will be in charge of 580 employees and physicians at the government health entity that has 201 beds and serves around 1 million people.

“I am eager to make positive changes in order to serve the community and the patient,” Tawalbeh told The Jordan Times on Monday.

She added that her first mission is to focus on the emergency section in the hospital.

“The emergency section receives around 800 cases daily and my aim is to hopefully increase the number of staff and ensure that the patients get the best service and care,” she said.

In addition to providing quality services to patients, Tawalbeh said that acquiring the hospital's staff the necessary communication skills will be another top priority of her work.

“Communication and good conditions for patients is almost half the cure and this is my goal. I want to reach a stage where my hospital will be providing the best services as would a private hospital,” Tawalbeh said.

The forensic specialist concluded by saying that she received some discouraging remarks and was judged for how she looks after posting her new position on social media but this “will never deter me”.

“I received some negative comments in the past and now as well that suggested I will never succeed and that a woman cannot assume such a position, but my answer was thanking whoever sent me discouraging comments because such comments will only give me more power and determination,” Tawalbeh stressed.

Tawalbeh said she decided to venture into the field of forensic medicine when she graduated from medical school in 1999, because it was often deemed a "male-dominated" profession and after meeting with the head of the National Institute of Forensic Medicine (NIFM) Momen Haddidi, who encouraged her to enter the field.

She also said that she wanted to use her knowledge and profession to ensure justice for domestic and sexually abused victims.

In 2003, she became a resident forensic medicine specialist at NIFM where she performed hundreds of autopsies and attended two executions.

But for now, Tawalbeh said her focus will be on the patients, staff and the hospital.

“My priority is to ensure the safety of the patients and to ensure they receive the best services from a government entity."