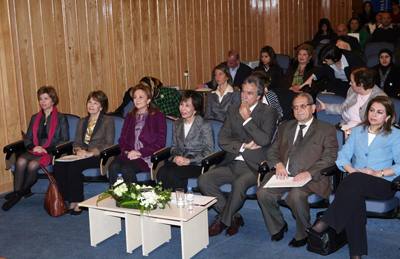 HRH Princess Basma on Monday said philanthropy is rooted in the Arab and Islamic civilisation and stems from religion, values and practices upon which the identity of the Arab society was formed.

In her address at the launch of the Arab Encyclopaedia on Philanthropy, an online resource dedicated to the principles and practice of effective philanthropy, the Princess highlighted the significance of enhancing strategic philanthropy in the development and reform processes.

"The recent years have witnessed the start of a shift towards strategic philanthropy led by Arab national institutions to achieve sustainable development objectives and social justice based on defining priorities and design pilot models in response to the economic and social changes," Princess Basma highlighted.

She cited the National Goodwill Campaign, which has been implemented by the Jordanian Hashemite Fund for 20 years, as an example that combines religious values and the concepts of solidarity on one hand and combats poverty from a development perspective on the other.

"The Goodwill Campaign provides aid based on planned development standards and focuses on building the capacity of targeted individuals and families in the fields of education and health in order to enable and empower them and expand their choices to break the cycle of poverty," Princess Basma said.

She added that the campaign is based on a partnership between different sectors, stressing that this model of institutional work, in addition to other examples from the Arab world, are considered rich sources for the encyclopaedia which will work as a reference for global experiences in this field and a platform for change.

The Arab Foundations Forum (AFF) and the John D. Gerhart Centre for Philanthropic and Civic Engagement at the American University in Cairo launched the encyclopaedia.

Barbara Ibrahim, director of the Gerhart Centre, expressed hope that the encyclopaedia will fill a "gap" for those seeking Arabic-language information and guidelines for the practice of effective philanthropy.

"We reach out through philanthropy to people we are not likely to meet… giving used to be local but not any more," Ibrahim highlighted during the ceremony, which was held at the Columbia University Middle East Research Centre in Amman with participation of several public and private sector representatives as well as HRH Princess Alia Tabbaa and Minister of Awqaf and Islamic Affairs Abdul Salam Abbadi.

AFF Chairman Marwan Awartani underlined the achievements of the forum in encouraging networking among philanthropic institutions and stakeholders, stressing that establishing a network for Arab foundations came as a result of the rapid increase in the number of foundations and the emergence of the philanthropic sector.