The virginity industry | The Jordanian National Comission for Women 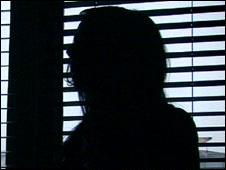 AMMONNews3 - Young Arab women wait in an upmarket medical clinic for an operation that will not only change their lives, but quite possibly save it. Yet the operation is a matter of choice and not necessity. It costs about 2,000 euros (£1,700) and carries very little risk.

The clinic is not in Dubai or Cairo, but in Paris. And the surgery they are waiting for is to restore their virginity.

Whether in Asia or the Arab world, an unknown number of women face an agonising problem having broken a deep taboo. They've had sex outside marriage and if found out, risk being ostracised by their communities, or even murdered.

Now more and more of them are undergoing surgery to re-connect their hymens and hide any sign of past sexual activity. They want to ensure that blood is spilled on their wedding night sheets.

The social pressure is so great that some women have even taken their own lives.

Sonia wants to remain anonymous for fear of reprisal. She is a slender young brunette studying at art college in Paris.

Although born in France, Arab culture and traditions are central to Sonia's life. Life was strict growing up under the watchful eyes of a large traditional Arab family.

"I thought of suicide after my first sexual relationship," she says, "because I couldn't see any other solution." But Sonia did find a solution.

She eventually went to the Paris clinic of Dr Marc Abecassis to have surgery to restore her hymen. She says she will never reveal her secret to anyone, especially her husband to be.

"I consider this is my sex life and I don't have to tell anyone about it," she says. It's men that are obliging her to lie about it, she says.

Dr Abecassis performs a "hymenoplasty" as it's called, at least two to three times a week. Re-connecting the tissue of the hymen takes about 30 minutes under local anaesthetic.

He says the average age of the patient is about 25, and they come from all social backgrounds. Although the surgery is performed in clinics around the world, Dr Abecassis is one of the few Arab surgeons who talks openly about it. Some of the women come to him because they need virginity certificates in order to marry.

"She can be in danger because sometimes it's a matter of traditions and family," says Dr Abecassis. "I believe we as doctors have no right to decide for her or judge her."

With Chinese manufacturers leading the way, there are now non-surgical options on the market as well. One website sells artificial hymens for just £20 (23 euros). The Chinese hymen is made of elastic and filled with fake blood. Once inserted in the vagina, the woman can simulate virginity, the company claims.

But this was not an option for Nada. As a young girl growing up in the Lebanese countryside she fell in love and lost her virginity. "I was scared my family would find out especially since they didn't approve of my relationship," she says. "I was terrified they might kill me."

After seven years in the relationship, her lover's family wanted him to marry someone else. Nada attempted suicide. "I got a bottle of Panadol and a bottle of household chemicals," she says. "I drank them and said, 'That's it'."

Nada is now 40, and found out about surgical hymen restoration just six years ago. She married and had two children. Her wedding night was a stressful ordeal. "I didn't sleep that night. I was crying," she says. "I was very scared but he didn't suspect anything."

It's a secret that Nada - which is not her real name - will carry to her grave. "I am ready to hide it until death," she says. "Only God will know about it."

But it's not only the older generation that subscribes to traditional views about sex before marriage, when it comes to choosing a wife.

Noor is a trendy professional who works in Damascus. He's fairly representative of young Syrian men in a secular society. But although Noor says he believes in equality for women, underneath the liberal facade lies a deep-rooted conservatism.

"I know girls who went through this restoration and they were caught out on their wedding night by their husbands," he says. "They realised they weren't virgins. Even if society accepts such a thing, I would still refuse to marry her."

Muslim clerics are quick to point out that the virginity issue is not about religion. "We should remember that when people wait for the virgin's blood to be spilled on the sheet, these are all cultural traditions," says Syrian cleric, Sheikh Mohamad Habash. "This is not related to Shariah law."

Christian communities in the Middle East are often just as firm in their belief that women should be virgins when they marry.

Arab writer and social commentator, Sana Al Khayat believes the whole issue has much to with the notion of "control".

"If she's a virgin, she doesn't have any way of comparing [her husband to other men]. If she's been with other men, then she has experience. Having experience makes women stronger."

It may be the 21st Century but the issue of virginity in Arab culture can still be a matter of life and death, especially for women like Sonia and Nada.

And while hymen repair may be a quick fix, it can't reconcile centuries of ingrained tradition with the attitudes of modern society.