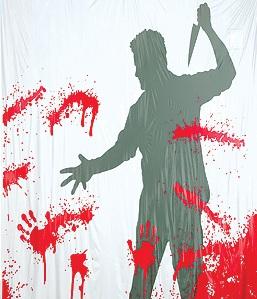 AMMAN - Police are questioning a minor who allegedly stabbed his mother to death on Monday morning following an argument in their house in Naour, official sources said.

The suspect, who cannot be identified because of his age, reportedly stabbed his 42-year-old mother with a kitchen knife and was arrested immediately by police, one source said.

“An argument ensued between the suspect and his mother, and his younger brother went outside seeking people’s help; when he returned he saw his mother murdered,” Public Security Department Spokesperson Major Mohammad Khatib said.

Police are trying to determine the nature of argument and why the boy allegedly stabbed his mother, he added.

“We cannot release any further information until we get more details from the suspect and other relatives,” the police official said.

A second source said the minor had been missing from his home for over a month and returned home recently.

The victim’s body was transferred to the National Institute of Forensic Medicine for an autopsy.

The suspect was ordered detained at a juvenile correctional centre pending further investigation into the case.