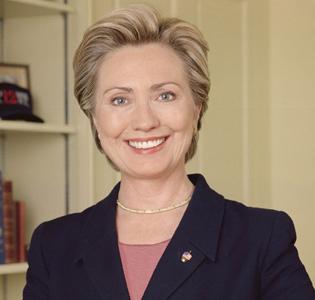 On a trip to China eleven years ago, I met with women activists who told me about their efforts to advance conditions for women in their country. They offered a vivid portrait of the challenges women faced: employment discrimination, inadequate health care, domestic violence, antiquated laws that hindered women’s progress.

I met some of those women again a few weeks ago, during my first trip to Asia as Secretary of State. This time, I heard about the progress that has been made in the past decade.  But even with some important steps forward, these Chinese women left no doubt that obstacles and inequities still remain, much as they do in many parts of the world.

I’ve heard stories like theirs on every continent, as women seek opportunities to participate fully in the political, economic and cultural lives of their countries.  And on March 8, as we celebrate International Women’s Day, we have a chance to take stock of both the progress we’ve made and the challenges that remain—and to think about the vital role that women must play in helping to solve the complex global challenges of the 21st century.

The problems we face today are too big and too complex to be solved without the full participation of women. Strengthening women’s rights is not only a continuing moral obligation—it is also a necessity as we face a global economic crisis, the spread of terrorism and nuclear weapons, regional conflicts that threaten families and communities, and climate change and the dangers it presents to the world’s health and security.

These challenges demand everything we’ve got.  We will not solve them through half measures.  And yet too often, on these issues and many more, half the world is left behind.

Today, more women are leading governments, businesses, and non-governmental organizations than in previous generations. But that good News3 has a flip side.  Women still comprise the majority of the world’s poor, unfed and unschooled. They are still subjected to rape as a tactic of war and exploited by traffickers globally in a billion dollar criminal business.

Honor killings, maiming, female genital mutilation, and other violent and degrading practices that target women are still tolerated in too many places today.  Just a few months ago, a young girl in Afghanistan was on her way to school when a group of men threw acid in her face, permanently damaging her eyes, because they objected to her seeking an education. Their attempt to terrorize the girl and her family failed.  She said, “My parents told me to keep coming to school even if I am killed.”

That young girl’s courage and resolve should serve as an inspiration to all of us—women and men—to continue to work as hard as we can to ensure that girls and women are accorded the rights and opportunities they deserve.

Especially in the midst of this financial crisis, we must remember what a growing body of research tells us:  Supporting women is a high-yield investment, resulting in stronger economies, more vibrant civil societies, healthier communities, and greater peace and stability. And investing in women is a way to support future generations; women spend much more of their incomes on food, medicine and schooling for children.

Even in developed nations, the full economic power of women is far from being realized.  Women in many countries continue to earn much less than men for doing the same jobs—a gap that President Obama took a step toward closing in the United States this year, when he signed the Lilly Ledbetter Fair Pay Act, which strengthens women’s ability to challenge unequal pay.

Women need to be given the chance to work for fair wages, access credit and launch businesses.  They deserve equity in the political sphere, with equal access at the voting booth and the freedom to petition their government and run for office.  They have a right to health care for themselves and their families, and a right to send their children to school—their sons and their daughters.  And they have a vital role to play in establishing peace and stability worldwide.  In regions torn apart by war, it is often the women who find a way to reach across differences and discover common ground.

As I travel around the world in my new role, I will keep in mind the women I’ve already met on every continent—women who have struggled against extraordinary odds to change laws so they can own property, have rights in marriage, go to school, support their families—even serve as peacekeepers.

And I will be a vocal advocate—working with my counterparts in other nations, as well as non-governmental organizations, businesses and individuals—to keep pressing forward on these issues.  Realizing the full potential and promise of women and girls is not only a matter of justice. It is a matter of enhancing global peace, progress, and prosperity for generations to come.